Waiting for the right time of year for a project. Waiting to plant the seedlings or buy the plants until there is a place to grow them. Waiting for the sourdough starter to rise. Waiting to taste the food I made before saying it will taste like crap. Waiting until I’m over 75% through a painting or drawing before telling my art teacher it’s crap. Waiting until I’ve practiced a song more than a few times before…thinking it’s crap.

I cannot count how many times I have almost given up on a drawing or painting because of how terrible the work-in-progress looked. Most of the time, you know what my art teacher says? “Keep going! This is how it’s supposed to look right now.” Bleh.

Not to sound like I’m bragging, but I tend to be good at things pretty quickly. I sometimes wonder if, despite the obvious benefits, this has set me up to really struggle with being patient enough to get the most out of the creativity process.

Now don’t get me wrong, I have had plenty of projects not work out. In fact, I’m currently realizing I’ll have to re-cardboard and mulch a whole section of my native garden bed because I didn’t get it right the first time and annoying little grass babies are popping up everywhere. But I have also had plenty of things that I knew weren’t working out that did. You won’t know which is which unless you allow yourself to be open to the failures. In fact, you often won’t even make it to the successes without the failures.

Expecting perfection from the start is a recipe for creative disaster. It’s the Catch-22. We often lose focus on the fact that the only way to actually fail at creativity is to refuse to allow ourselves to fail. But man is it hard to say, “Woo! Let’s do it! Failure? I LOVE failure! Gimme some failure!”

In the interest of encouraging others to embrace the ugly side of creating, I am going to show you the progression of my first charcoal portrait. With each step, I’ll also give you a peek inside my mind at the time. 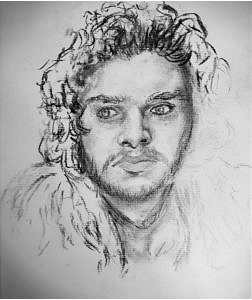 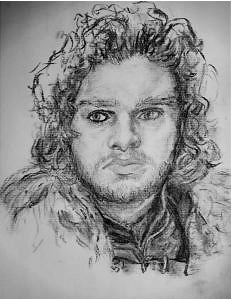 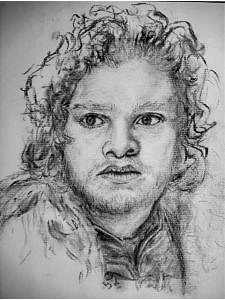 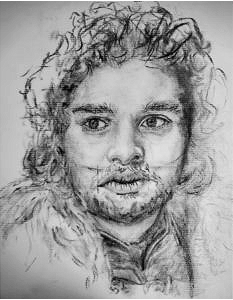 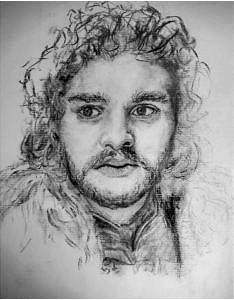 “Guess he’s looking OK. My teacher was right, the beard does make a big difference! …Lips still suck…I just won’t look at them.” 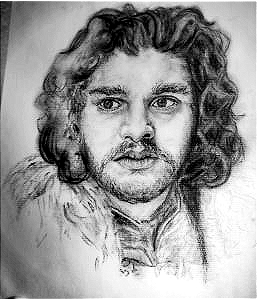 “Hm. Don’t think his hair is going to look right in the picture. But at least it looks kind of like him!” 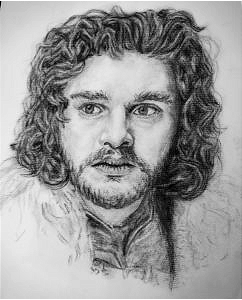 “Sweet, got the hang of the hair.” 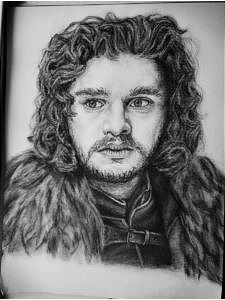 Let me tell you, this portrait was quite the rollercoaster ride, but it was very, very worth it in the end. If I had stopped halfway through, things would have never come back around. You know what else is cool? In going through my different art pictures to find what to use for this post, I got to see how even the steps I went through to get to an end portrait changed and improved moving on from this first one.

Still not entirely convinced? Let’s go even uglier. Here is an art project that “failed”.

Clearly, I felt real good about this one. I got SO mad and took it out on the painting – I loved how the background of this painting was looking and then just destroyed it when trying to paint in some flowers. Honestly, this is likely a big reason why I have so many unfinished projects lying around. The fear of messing it up.

As much as I’d love to avoid sharing this one, it’s one of the most important. This is when I stepped back and decided that I was not allowed to get mad at myself for struggling with art when I had not taken an art class in 20 years. That was the day I finally registered for my adult art class where I had the success I showed above.

That bread that looks too flat? Often still tastes great. (Is it too hard? No such thing – make it into croutons or bread pudding!)

That chord you can’t get right? Smooths out with time if you practice.

That part you wrote that you don’t like? Will get you to the best parts later.

That plant you’ve killed 4 times? You learned something each time that will help with the next plant. (Damn you, lavender, I shall get you to grow someday!)

Don’t be fooled by what sounds like this incredibly mature adult before you. I am terrible at this. I yell, I snap, I sulk, heck I even consider throwing things. OK, maybe I’ve thrown a few things. But it’s always wimpy stuff like wads of paper and guitar picks. Then I pause, take a few deep breaths, maybe I take a break for a bit, and then I do the next step. I’m often not happy about it in the moment. I often think it’s a waste of time. Later, I’m always glad that I did it.

So this was all my long-winded way of saying…Keep going – you got this! (And try not to throw anything.)