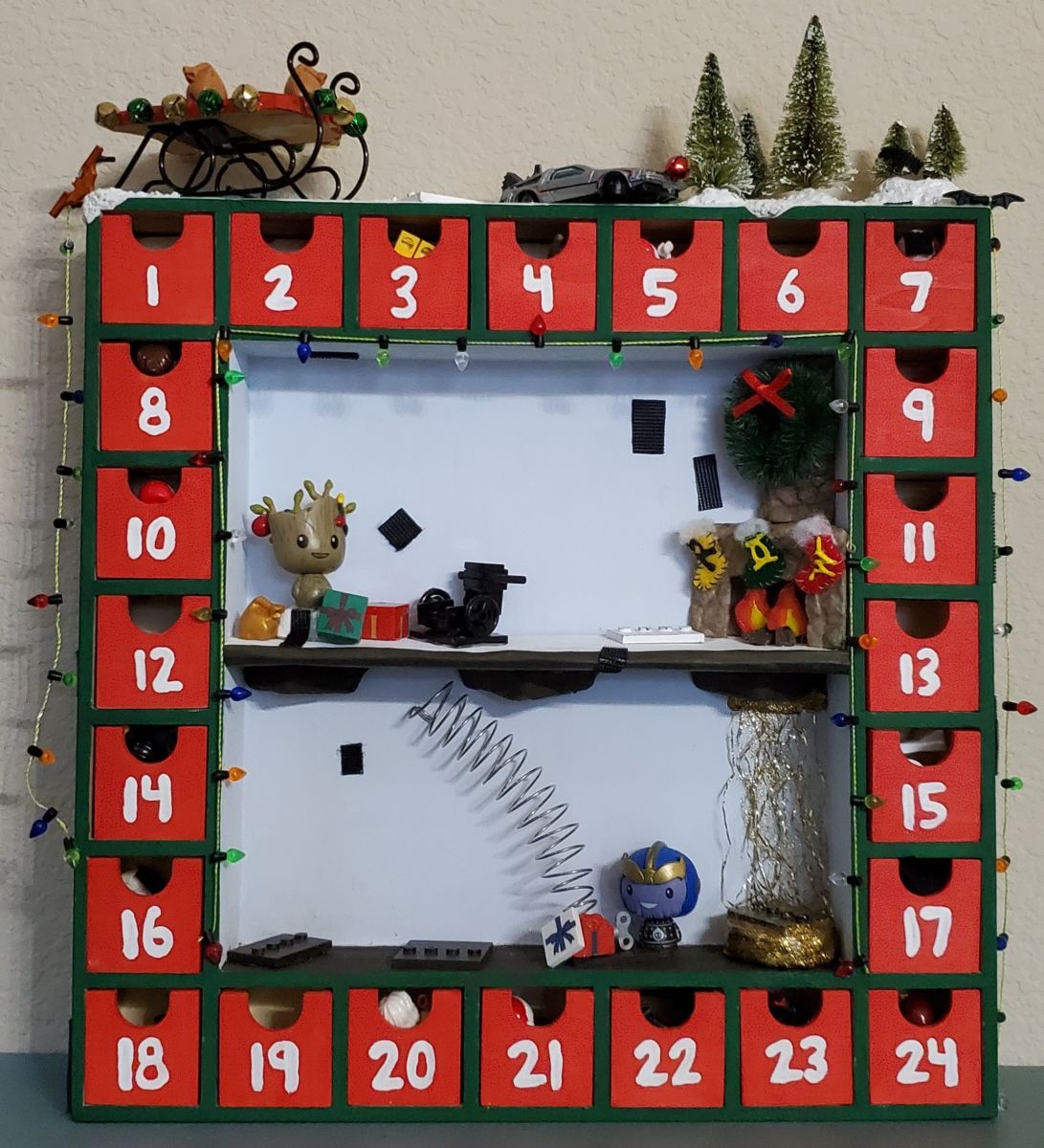 Final Christmas post! Man – I am WORN OUT from holiday baking and crafting. Does anyone else get exhausted just from being themselves? I’m sure there’s some life-altering epiphanies I could have about that, but we’ll save those for the new year.

Anyway, this is a craft I worked on for about a year. It is another example of not being able to find what I wanted, so I made it myself. I call it my nerd advent calendar. I am very proud of this thing, so I’m just gonna post a bunch of pictures of it. Hopefully, others find it fun, too!

First, I have the basic layout for the start of December. After that you can see the end result you get on Christmas Eve. I actually have one more removable item I need to come up with, but 23 out of 24 done ain’t bad! 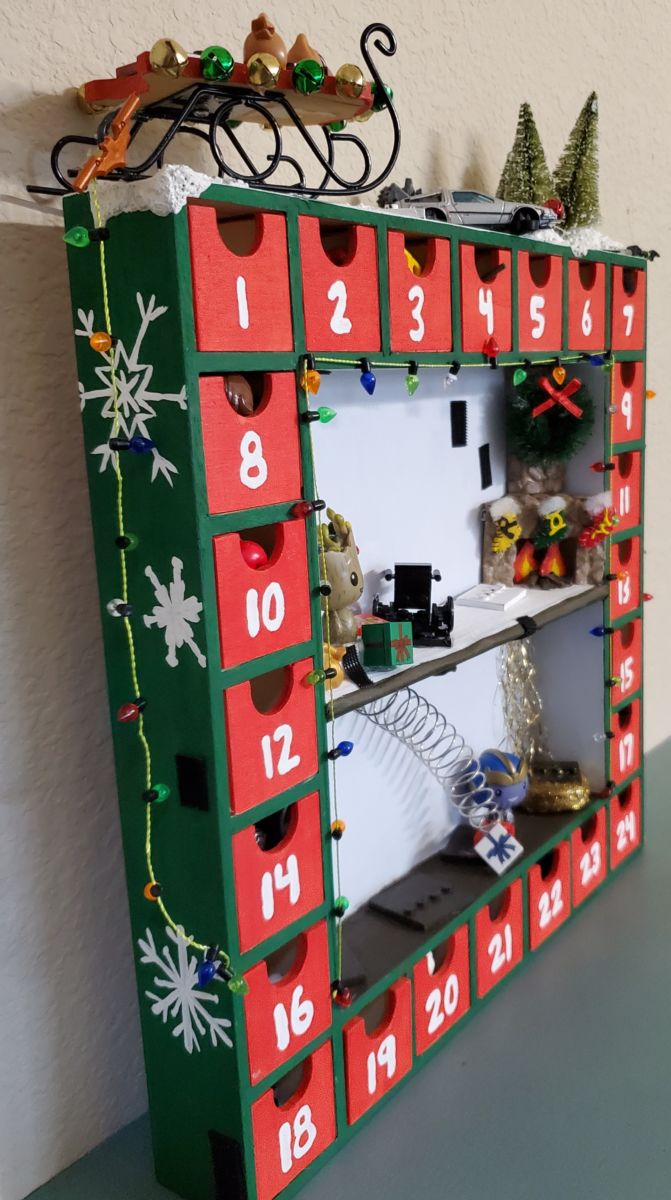 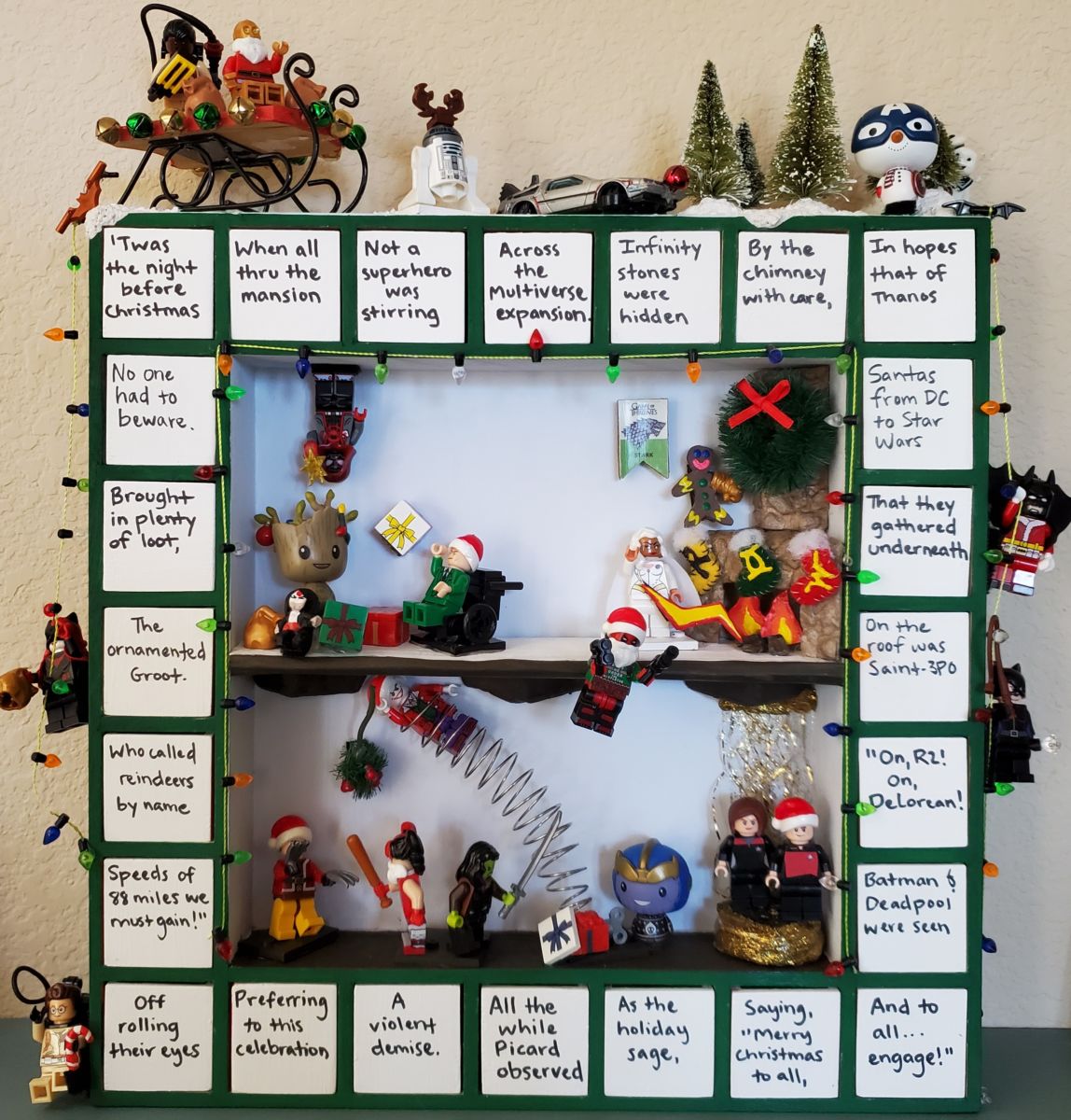 In case it’s easier to read this way, I have typed out the poem:

‘Twas the night before Christmas

When all through the mansion

Not a superhero was stirring

Across the multiverse expansion.

By the chimney with care,

In hopes that of Thanos

No one had to beware.

Santas from DC to Star Wars

Brought in plenty of loot,

That they gathered underneath

On the roof was Saint-3PO

Who called reindeers by name,

Batman and Deadpool were seen

Off rolling their eyes

Preferring to this celebration

All the while Picard observed

As the holiday sage,

Saying, “Merry Christmas to all, 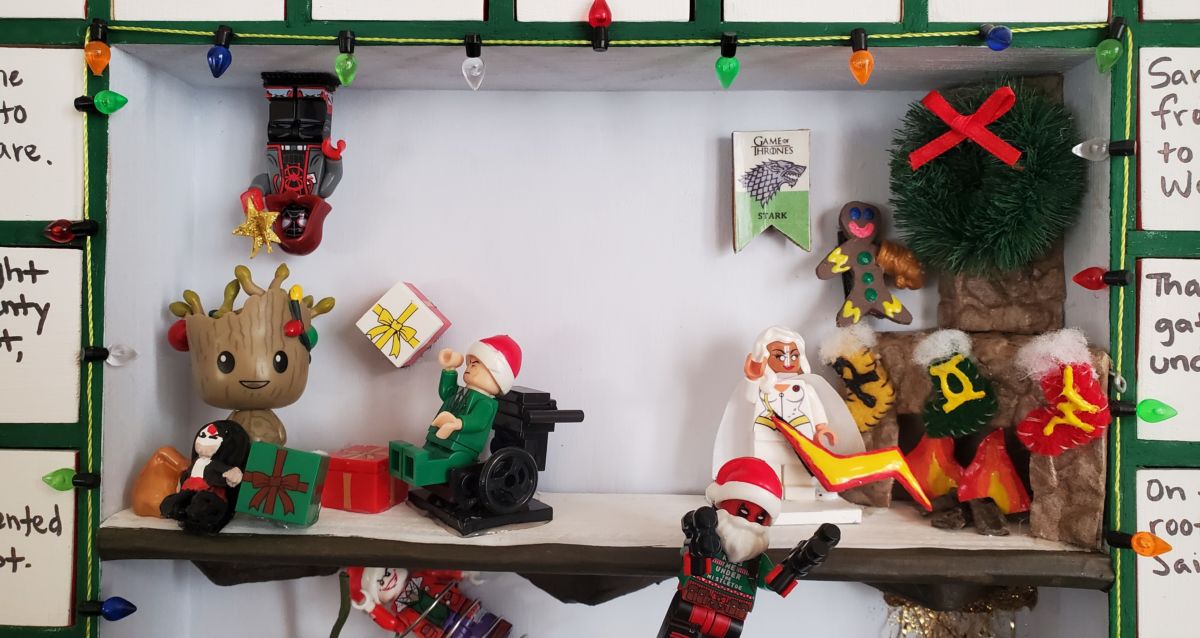 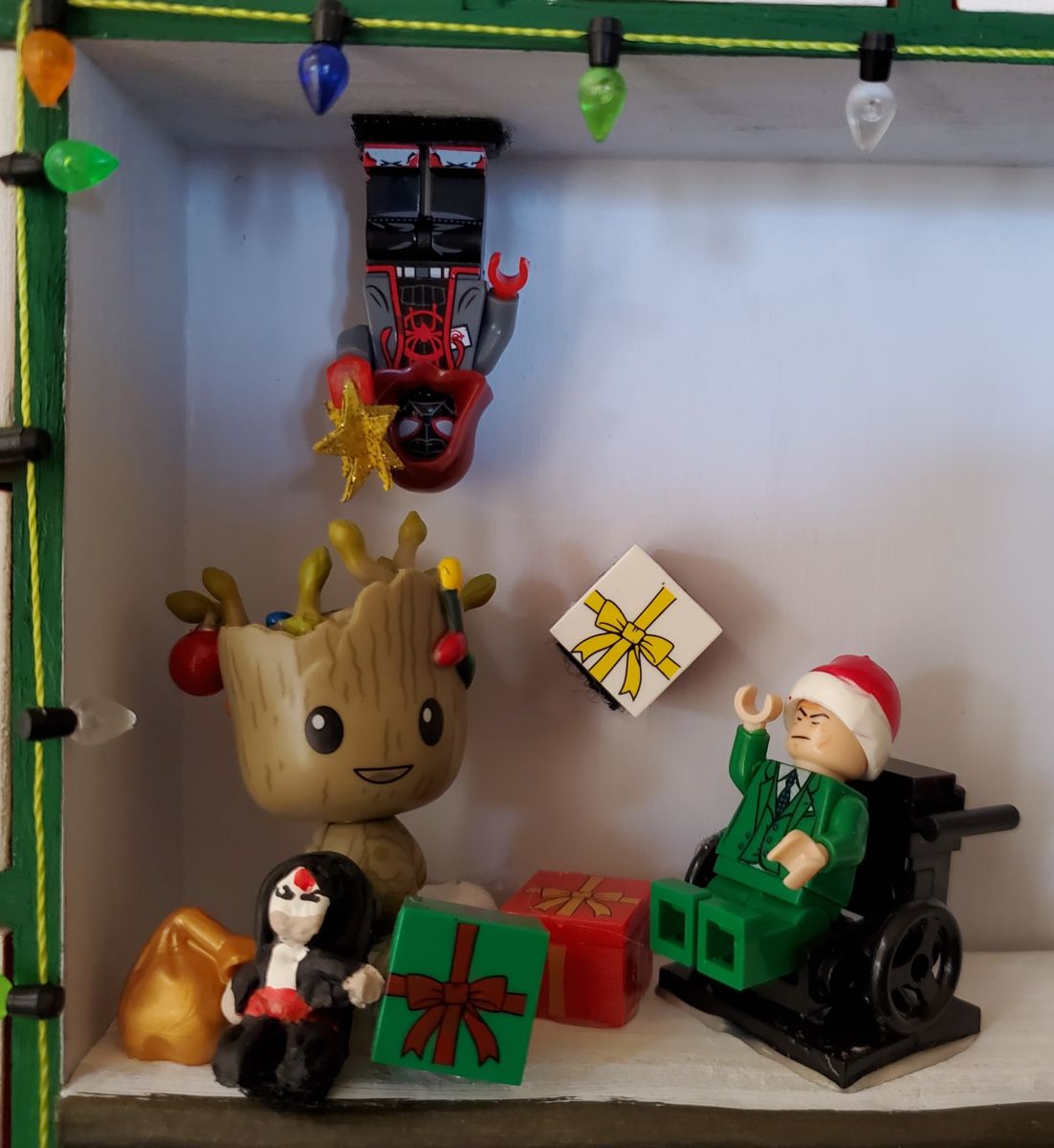 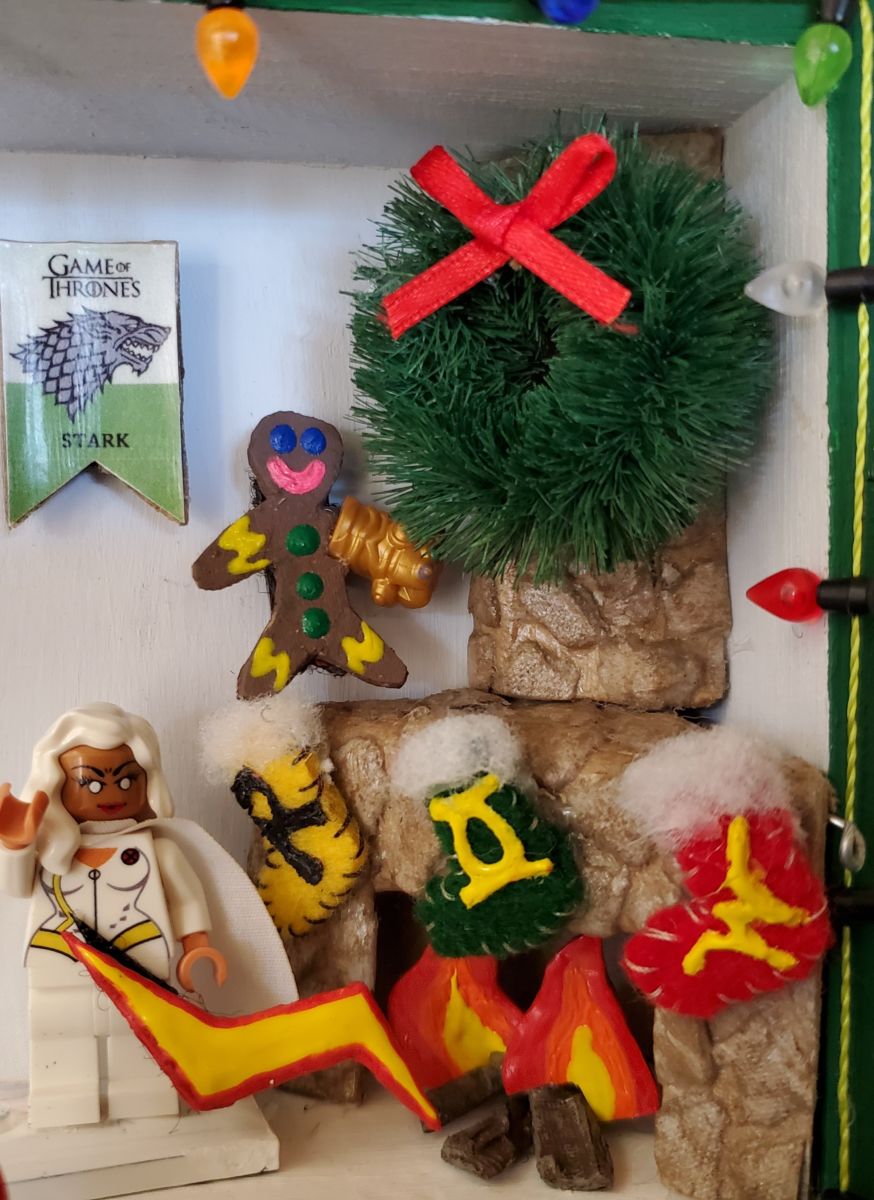 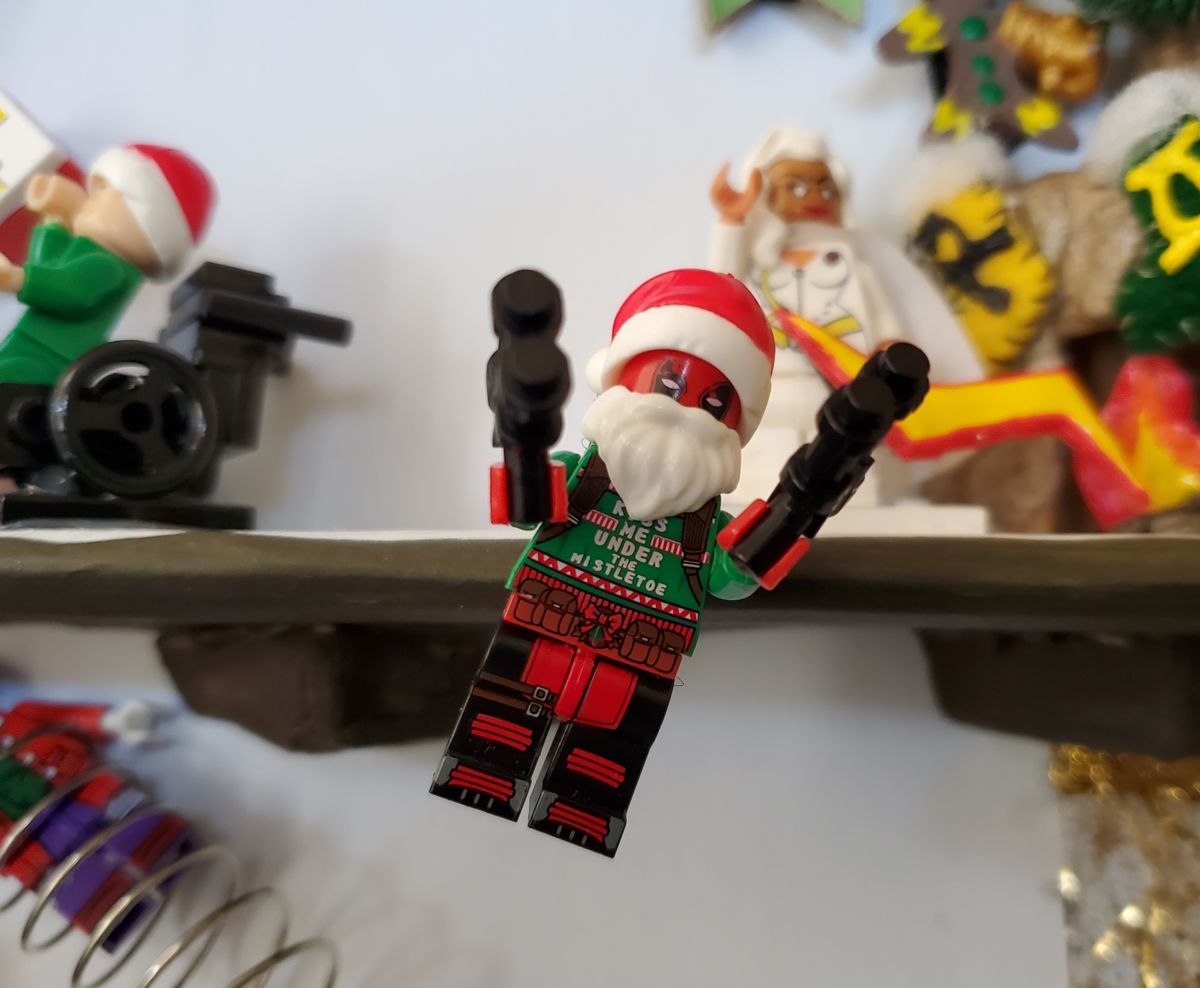 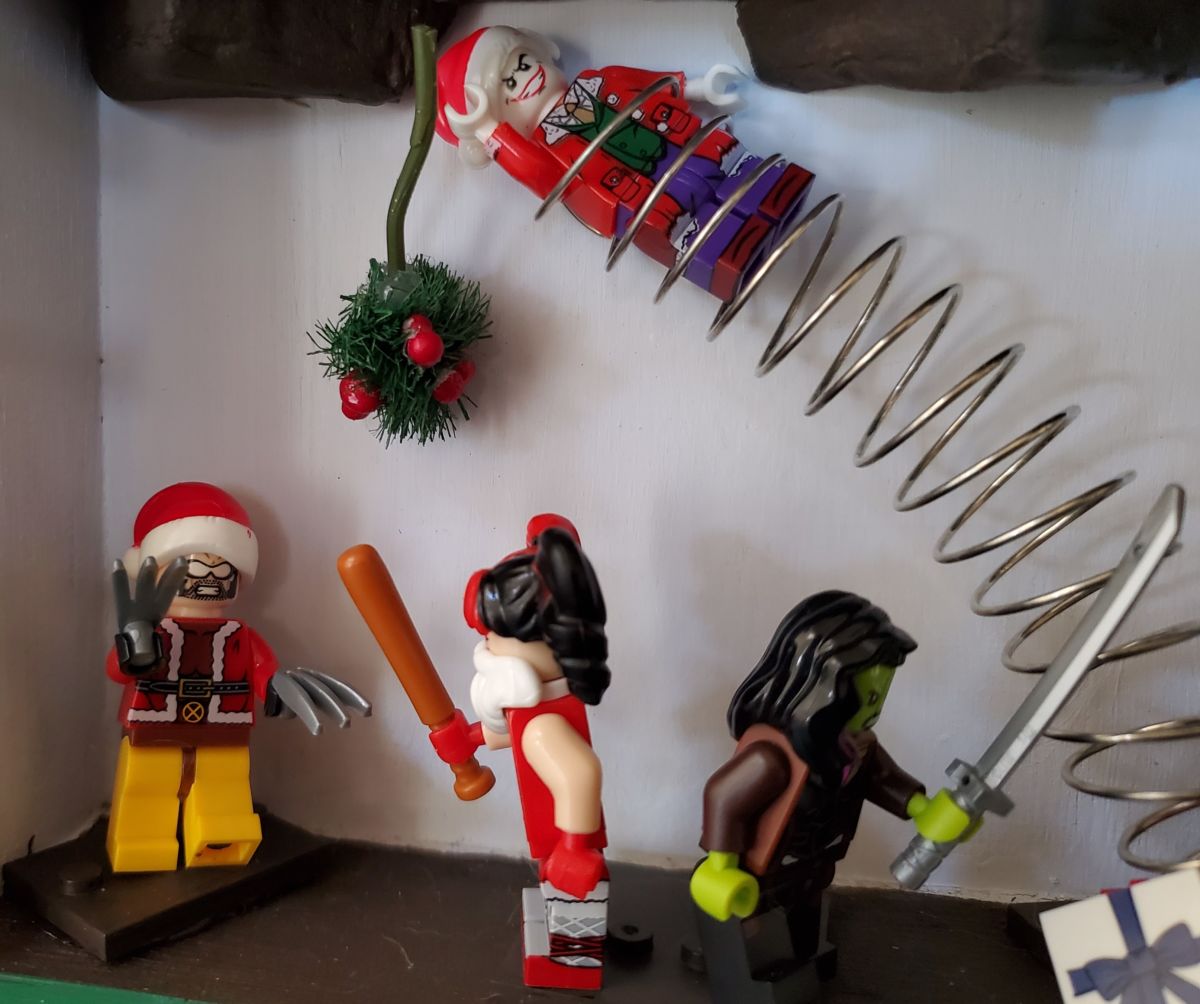 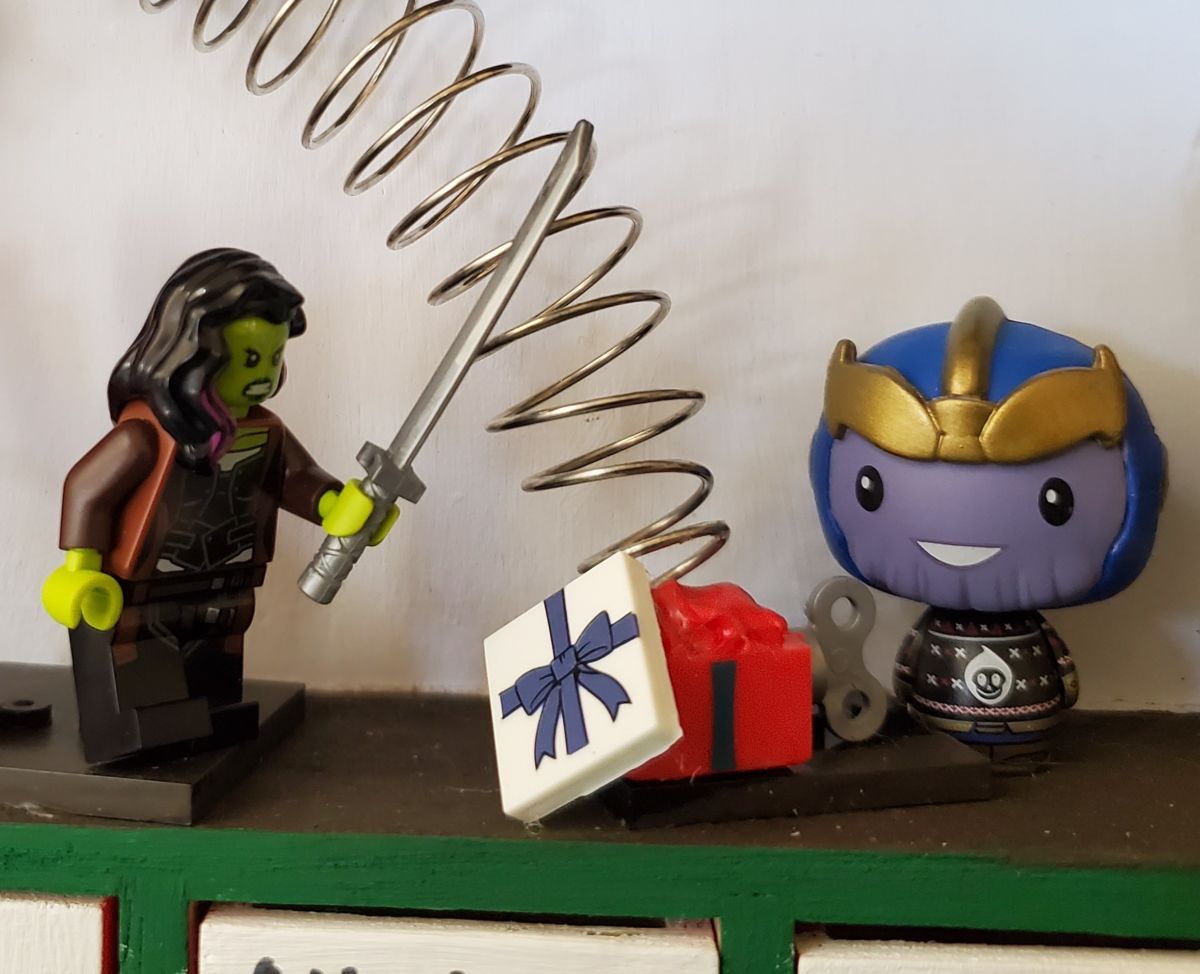 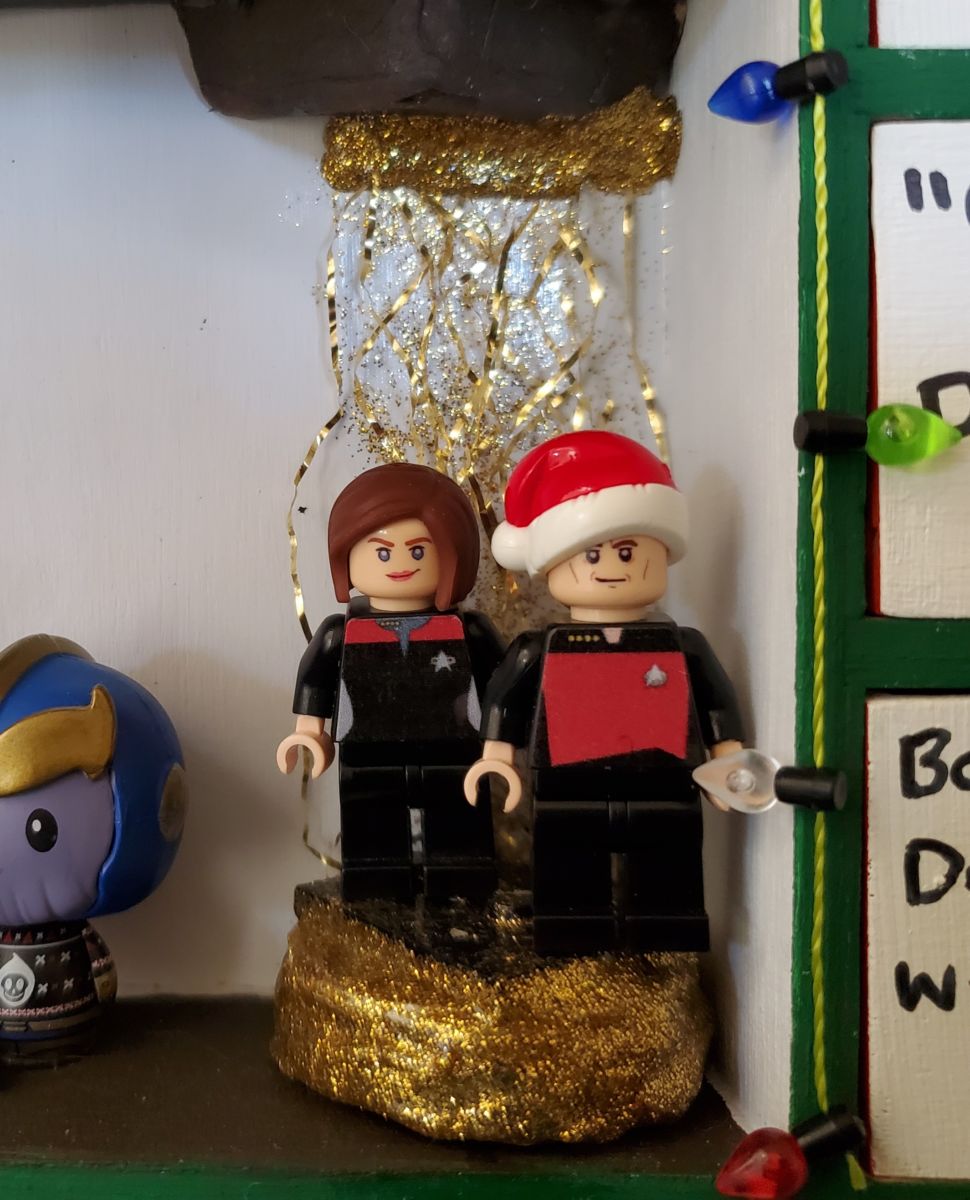 And that’s all, folks! Now if you’ll excuse me, I’m off to go pretend that it’s socially acceptable to leave all my Christmas decorations up until February.